Larry is the co-author of the top-selling book Absolute Honesty: Building a Corporate Culture That Values Straight Talk and Rewards Integrity. He’s written for the Huffington Post and has been quoted in the Wall Street Journal and the Harvard Business Review. He has also been interviewed on CNN. He has also written more than 100 published articles on the topic of improving organizational culture.

Larry holds an M.A. in Counseling Psychology from Northern Arizona University and a CSP (Certified Speaking Professional) designation from the National Speakers Association. 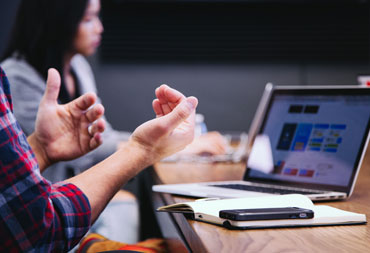 Mastering the Leap to Management: a webinar for new managers