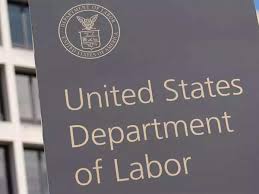 The U.S. Department of Labor is expected to announce that it will not enforce Trump administration rules.

The rules, finalized in the last days of former President Donald Trump’s administration, affect trillions of dollars in retirement accounts. In a Jan.20 executive order, Biden said the government should review regulations that fail to protect the environment. Overhauling the Trump-era rules would involve a process that can take months, the people said.“That’s a very sound decision on the part of the DOL,” said Sanford Lewis, director of the Shareholder Rights Group, which advocates for investors. “I think it’s appropriate for them to reconsider it and in the meantime not enforce it.”Sustainable investing advocates had been hoping that the Biden administration would quickly end rules that stifle their ability to pick stocks using environmental, social, or governance factors. They have urged the Securities and Exchange Commission to revisit a similar Trump-era rule that raises the bar for submitting shareholder proposals.