How Legal is Marijuana Consumption at Work? 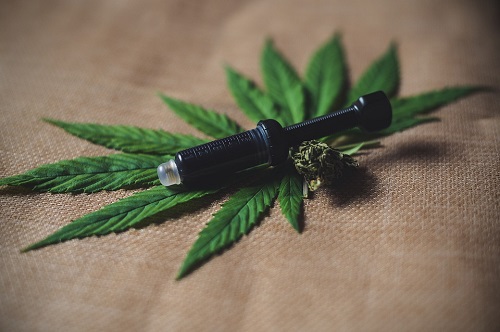 Along with the recent development in the policies affecting Marijuana and its legal use in the U.S., several organizations have started forming their own rules towards their employees and their use of marijuana. California, which is the home to the Silicon Valley of the U.S., has seen a major shift in the working outlook of the employees prone to the usage of marijuana. The medical studies on marijuana suggest that the drug can be used in two forms: As a medical drug that can be used to treat the person and others having illicit and unfavored usage. This article discusses the major legal aspects that surround the usage of marijuana and its consumption in the workplace.

As of 2009, the use of marijuana was legalized in some states of the U.S. by the federal law for medical purposes. However, in recent years, many legal changes considering marijuana have come in effect among various states in the U.S. and they tend to act upon it differently. Considering the recreational part and the medicinal effects, the consumption of marijuana is contemplated as not illicit by many state laws, working in favor of the employee and workforce policies. However, irrespective of the legalization of marijuana and its consumption by the employees, they are prohibited from using the drug or being under its influence while working.

Marijuana consumption under the federal law

As per the Federal Law, marijuana is considered to be Schedule I Drug and is illegal to be consumed, even for medical purposes. The drugs that are categorized as Schedule I Drug have the potential of abuse and can cause impairment under its influence. The THC content in marijuana, which is short for delta 9-tetrahydrocannabinol, determines the impairment caused by consuming the drug. With revelations of various state laws approving the usage of marijuana as a prescribed drug for medical purposes, employers still resist engaging with the employees who consume marijuana as a recreational legal drug, as it remains to be illegal by the Federal Law. The District of Colombia has a law that goes against the policies instigated by the Federal Law. For employees in Colombia, the consumption of marijuana is seen legal, unless it is not medically prescribed or causes impairment with addiction that is beyond measure.

The impact of using Marijuana at the workplace

In Colorado, the death toll doubled after the legalization of medical and recreational marijuana. Major state law enforces the regulation of marijuana within certain limits when it comes to working. As per the legalization of marijuana in the 10 states of the U.S., the employers have drawn certain restrictions that depict the usage of marijuana within certain limits. The prior condition that tops the list of limits and restrictions over the use of marijuana by any employee is a medically certified prescription that the employee must show as proof or a record during the hiring process for the job. This means that the employees prone to consume medical marijuana with a medical condition will be given a proper assessment for their medical condition and their affiliation to the drug. Along with this, the employers have their policies over the prevention of marijuana from the "safety-sensitive" point of view, meaning, with the regulation of medical marijuana at work, it should not raise issues concerning the safety-sensitive activities in the work environment and must not impact the productivity and work ethics.

States that have legalized marijuana consumption

How far legal marijuana might seem in some states, it remains illegal under the Federal Law, however, the Federal Law does not impose any restrictions on the states that have their regulation and policies governing the legal consumption of marijuana at the workplace. The 10 states that have legalized the consumption of marijuana have asked their employers to restrict usage wherever there exists a compulsive situation. The employers in these states have regulated policies that emphasize on proper scrutiny of the employees who are prone to medical marijuana. While there are also employers who chose to go cent percent off on regulating marijuana.

With an affirmative background check on the THC level in the marijuana and the impact that it is causing on the employee (positive or negative towards the impairment), the level of dependency of the employee on marijuana, the effects and side-effects that the drug can cause while the employee is at work, and the severity of the medical condition (HIV, Cancer, chronic pains, etc.) which is propelling the employee to depend on marijuana, are some factors that are taken into account at a workplace in a state that has legalized the use of marijuana.

How Marijuana should be examined?

There are prevailing cases in recent years after marijuana has become legal that shows the prescriptions granted to the people over marijuana have a higher THC level than what the patient might require dealing with a medical situation. This might cause various other effects on the patient, let alone be the issue that the patient might be dealing with. It is highly important for the doctors prescribing marijuana in a legal state to have a thorough analysis of the patient's exact requirement and capacity of the THC content in marijuana to deal with his/her medical situation, as any less or more quantity might hamper with their health conditions.